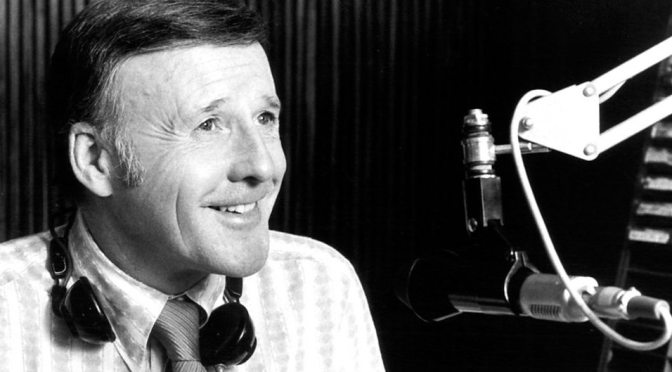 The news broke late last night that the nation lost yet another veteran broadcaster in 2016.

He was one of the original Radio 1 DJs at its launch in 1967.  He then cross channels to Radio 2 in 1973 and filled the early afternoon slot until he retired in December 2002, spending 3 decades at channel 2.

Jimmy was one of the reasons why I loved radio so much.  He had wit, knowledge and timing which took him to the top of broadcasting. I still remember being in a car driven by my father listening to Jimmy – and although I didn’t always understand the content – it was the voice and the style that I was interested in.

Here is a clip of two radio greats – no longer with us – the late Sir Terry Wogan in conversation with the late Sir Jimmy Young in 1978.