We are in the middle of a heated debate in the UK as to whether we should or should not use our armed forces to bomb Syria.  Whether we do or wether we do not will be decided by a vote of our MPs on Wednesday.

Let’s be clear.  If Paris had been London – the discourse would be very different and it is important that we take this opportunity to be thankful that we make such decisions with a cool head and not as a reaction to horrific events.  That said – we need to realise the real dangers we face as British citizens – like the horrors that we saw on a beach in Tunisia – or that of in France.  The Russian flight that was blown up over Egypt’s Sinai desert could well of been a British flight.  Wether we like it or not – we are targets – wether or not we bomb in Syria.

There are those who are totally opposed to bombing.  I understand their concerns.  However, the truth is that bombing HAS worked.  It decimated their high command; helped halt their advance and in many cases pushed them back;  spreads fear and dread throughout the ranks of Daesh who worry that every time they step outside or jump into a vehicle – they could be killed or maimed.  That in turn helps disrupt their mobility and ability to hold gatherings outside of their strong hold and if they need to communicate over long distances – they take a chance with their lives or use technology which can be intercepted and used against them.

That said, bombing has limitations.  We know already that there is a complex network of tunnels and command centres placed underneath the houses and hospitals of innocent Syrian people.  The extremists use these dug outs knowing that if and when they get bombed – they survive but the innocent men, women and children above ground die; their deaths then captured and edited into slick horror videos distributed to easily suggestible men and women around the world who do not comprehend the context of how they actually died.

The real question for MP’s to ask of the Government on Wednesday is not just whether we should bomb Syria.  Whether we do or do not will not make much of a difference. This fact we know. We also know Daesh will be defeated in Syria and Iraq.  Maybe not next week, next month or next year. But they will.  And we know this because – they are a death cult. They are only interested in death.  And before they die they want to ensure they subjugate, kill, terrorise  and torture anyone under their control. This is not something desired by the masses – no matter how deep rooted they are to a religion.  Daesh has limited appeal.

Even the use of the word “defeat” is a simplification.  Like defeating the Taliban in Afghanistan!

So, when we say “defeat” what we actually mean is turn them from a group which controls large swathes of a country and its population – into a small group of bandits and guerrillas who still hold the same ideology but terrorise on a much smaller scale and are dealt with at a local level before eventually being replaced with some other ideology and becoming a footnote in history.

The real question for MP’s to ask of the Government on Wednesday is: What do you think Syria will look like in 1, 3 & 5 years time and what do you base this on?  (as apposed to what do you want it to look like). What is our end game?   When Daesh is defeated – what could fill the vacuum?  Who are they? What are their aims? How far are you prepared to go militarily – understanding that bombing has its limits?  Weapons? Training? Our soldiers?

The West is adamantly opposed to Russian backed President Bashar al-Assad – yet backs the free Syrian army – which is adamantly apposed by Russia and President Bashar al-Assad.  In order to root out Daesh we may need to work with Russia and Assad – how do we feel about this?  Will  we need to adjust our policy to Assad – what about the thousands and millions killed or made refugees by his Government – what are our “lines to take” when answering their questions?  Can we feasibly have two opposing policies operating at one time?  With Assad – but against? With Russia, but against?

And when Daesh are finally sent scurrying off into the desert – who will replace them?  Do we know? Do we think we know? Have we post-Daesh plans?  What do we do if Assad tries to reclaim control of the country? If we commit to side fully with the free Syrian army and this group of 70,000 militants ready to rout out Daesh from places such as Raqqa – what happens if they are then bombed by Assad or Russia?  What if we find ourselves backing an army which finds itself fighting against Assad and Russia.  Where are the lines drawn? When do we STOP?

Let us not forget the lessons from history. 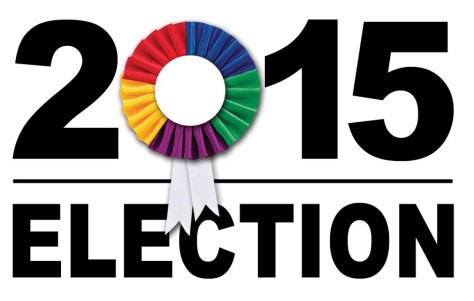 On 106.9 SFM www.sfmradio.com – Jason McCrossan presents Saturday Breakfast. The show was recorded 2 days after the 2015 general election and Jason pitted the wits of Kyra Cross and Bonnie Britain against each other. It was a monumental clash…if underachieving and arguing with the judge can ever be described as that. This is the results.