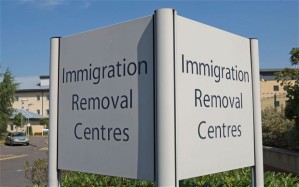 How is this possible?

The current coalition Government and their opposition numbers in the Labour party denounce UKip for the “racist” and the “dangerous” language they use when speaking on matters of immigration.  I wouldn’t wish to take this valid point away.

However, how well does our Government’s record stand up to scrutiny when it comes to the immigration status of the truly undesirables in the UK?

The UK political elite state that UKip’s protestations, that there are too many ‘immigrants’ in the UK, is nothing short of dangerous racism, yet at the same time – have allowed our courts to give ‘leave to remain’ to some of the worst murders and war criminals at large from around the world.

They seem not as affronted when a foreign killer of a few or many – wins the right to stay in Britain indefinitely – after claiming his human rights would be breached if he was deported.

Or when a mass murderer is allowed to roam our streets freely because to send him back to the country that seeks him – to answer for his crimes- may use capital punishment and to that end – we will not go.

I do not agree with capital punishment – but I agree even less with a murderer or someone connected with genocide escaping to our country and using our laws to hide the justice that seeks them.

I cannot comprehend what it must be like to know that the person who killed your family member (or family) is being protected by another country- that defends them that slaughtered your loved ones the “right to family life”?

Yet we have it here in the UK.

Who would you rather stayed in our country?

Currently – if you are on a student visa which expires – we’ll grab you by the collar and throw you out on your ear and our courts won’t lift a finger to help! However, let us say you are a mass murderer…well, errrm… “Welcome To The United Kingdom”.

Here are just a few examples…

Killers on our streets: 207 war crime suspects living in Britain including five ‘Nazis’

100 war criminals apply for UK asylum in a year

Yet it takes years for us to deport known extremists and the only way we seem to get any kind of conviction is in a foreign court!

Abu Hamza found guilty of terror charges in US court

Others just have to fight…. 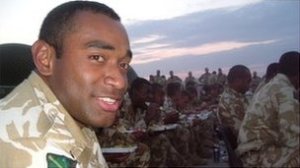 Thankfully they won…but only after a BIG fuss….

Soldier given leave to remain in UK

Teenager ‘over the moon’ after winning deportation battle to Afghanistan

I guess the question is – what are human rights in the 21st Century and does that apply to those who seek to evade justice?