From today, anyone watching BBC programmes only on iPlayer will be required to buy a TV licence to view the content.

Previously a licence was only needed to watch live broadcasts, so catch-up content was technically exempt from the £145.50 annual fee.

But due to a change in the law, a licence will be needed to download or watch BBC programmes on demand.

Those who already have a TV licence will not be affected.

The change comes after the government said it wanted to modernise the current system, so those watching catch-up TV do not get “a free ride”.

The new rules apply to all devices used to access iPlayer – including laptops, smartphones, tablets, TV streaming devices and games consoles, as well as through third-party services such as Sky, Virgin or BT.  However, a TV licence will still not be needed for watching other on demand services, such as ITV Player, All4, My5 or Netflix. 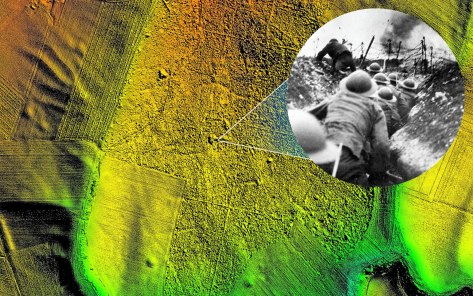 An aerial survey using aircraft mounted lasers has revealed previously undiscovered evidence that might potentially help to dispute accusations of a lack of determination by Welsh soldiers during the first Battle of the Somme in the Great War of 1914-1918. Aerial mapping company Bluesky flew an area of northern France called Mametz Wood, capturing accurate 3D measurements of the terrain and ground cover.

In the years since 1916, there has been uncertainty as to why Mametz Wood proved so hard for the Welsh Soldiers to clear; there were even accusations of a ‘distinct lack of push’. As part of a BBC TV documentary which explored the history of Welsh soldiers on the Somme through the eyes of rugby player Gareth Thomas, the evidence revealed by the data was used to evaluate the topography of landscape and help the archaeological team focus their efforts on the ground. 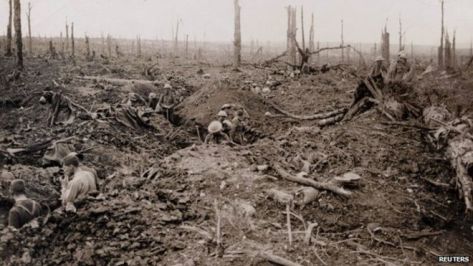 Using specialist software, the Bluesky LiDAR data was stripped of tree cover and other features to reveal the bare earth surface. The resulting ‘moonlike’ image clearly showed two crater-like features with rectangular sides, so, not shell holes, which were not on any other map. To the east of these anomalies was another, more subtle feature, also not depicted on war time maps or in reconnaissance information.

“The data allowed the experts to read the landscape from the air, seeing through the trees and vegetation,” commented the programme’s producer, Louise Bray of Bearhug TV. “This revealed a number of clues in a never before seen landscape. It was hoped that these discoveries might give a better understanding of the difficulties faced by the soldiers on the ground.” 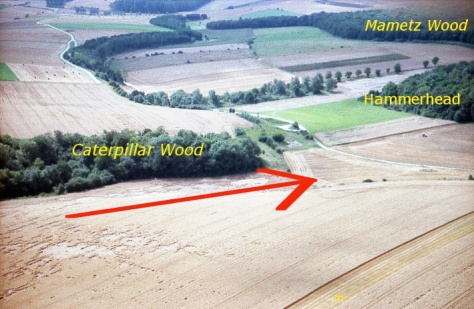 Clips from the programme ‘Wales at the Somme: Gareth Thomas and the Battle of Mametz Wood’ is available to view for a limited time only on the BBC iPlayer.