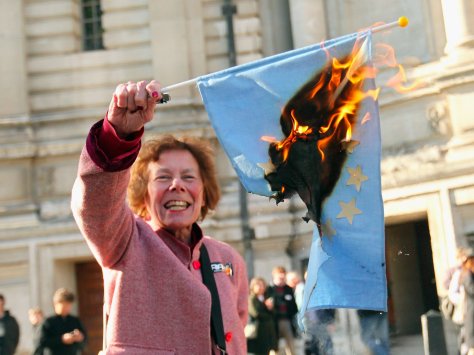 After many months, years and decades of political wrangling and debate over whether the UK should be in or out of the EU – we finally got a decision.

But I do believe the consequences will be far reaching and I do not think we understand them fully.  In 20 or 30 years from now we will look back and be able to trace events which have occurred, events we do not yet know of, back to the result today.

Some of those events will be positive but I’m sure some will also be negative. And

Who would have guessed that the awful events of September the 11th, would have lead to a 10 year war in Iraq and Afghanistan. We understand about Afghanistan- but the problems were on the Afghan/Pakistan border – Iraq had nothing to do with it and has tainted our international politics ever since. When David Cameron tried to help Syria out during its civil war the only thing that was shot down was his plan.

And then, who would have guessed that a street vendor setting fire to himself in Tunisia in 2010 would have lead to an Arab Spring, which eventually lead to tens of thousands of desperate migrants streaming into Europe – which would then be used as means of scaring UK voters via an outrageous poster during the EU campaign.

Who would have guessed that the Labour parties decision to elect Ed Milliband instead of his brother would have lead to an old anti-EU left winger being at the helm of the Labour Party when the UK was asked to make a crucial to stay or leave the EU.   Had Labour chosen David, maybe the referendum wouldn’t have happened at all!

Like most disasters there is no one single incident that proves fatal.  It’s a series of events some linked, some not that come together  at a crucial point just does disaster strikes.  As it was, the vote ended up being about a lack of political buyin from our voters, a fear of immigration and a boot in the face of our politicians.

And so here we are.  The Prime Minister resigns; the stock markets plummet; business is unsure about whether to invest; some considering a move.

What will happen next?  My guess is that it won’t be as bad as people suggest and it won’t be as wonderful as those brexiters would have us believe.  Given the amount of pro-EU support in parliament – I wonder if the anger felt by those of us who voted to remain – will soon be felt by those who voted to leave.  Outcome. Yet again, no one is happy and everyone feels cheated.

Well done, politics, you did it again. 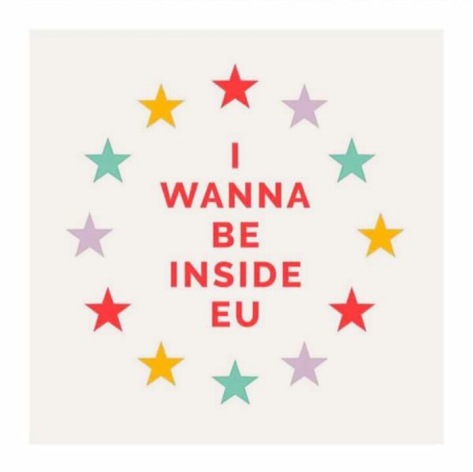 I’m voting to remain today because I am unconvinced at how cutting ties with our largest economic neighbour with whom we trade and travel freely can be good for us. In fact, many experts say it will be bad. We will survive if we leave the EU – of course we will. But things will be a little bit tougher and a bit more expensive (medium to long term). We’ve just come out of a recession – why would we want to risk another? If we want to still trade with the EU – from outside – we will need to accept the terms that they will dictate (what we have now, but with export tariffs). Why would the EU give a leaving member state better conditions than those still inside? Survival is not the question. We will survive in or out. But why make things harder and more expensive for ourselves?

I cannot understand those who claim the EU is undemocratic and fail to mention our 820 unelected Peers (some who grabbed the title when their father died). These unelected Peers earn £300 per day, can block, modify or change government laws /earn even more money from agenda driven businesses who pay Peers to lobby on their behalf and try and amend our laws to their advantage! They are totally unaccountable to us yet wield great power. Where is the outrage over this? The EU isn’t perfect by any means – but to pass legislation or statutory instruments – impact assessments are done, public consultations are launched and national parliaments can formally express their reservations if they feel it would be better dealt with at national level. The U.K. has commissioners and vetoes – we are part of the process.

We live in a country where many people feel disenfranchised to vote. Many feel this way because they are a Labour voter in a predominantly Conservative area or a Conservative voter in labour/liberal area. Our government was elected on around a 27% share of the vote! If you only liked someone 27% of the time – would you employ them? If you only believed someone 27% of the time, would you follow them? If you only liked something 27% – would you buy it? If you are Green or UKIP and now Lib Dem – you know your vote is more likely to be just a protest. Our elections are won and lost on about 100,000 of our 65m population. How is that democracy? Our politicians are frightened to change a system where many have jobs and copper pensions for life. There are some brilliant MPs (as we saw in Jo Cox) but the system lets us down. That is not the fault of the EU! Our attention is being diverted from the real issues around our democracy …& we are falling for it. The EU isn’t perfect, of course not. But to pass laws and treaties – needs our full agreement. In this country it’s less than 30% and then the unelected Peers can have a go.

Immigrants are blamed for pressure on our NHS and housing – but the pressure comes from the fact we have a large elderly population who live longer and need more intensive care. It is our immigrants who provide a large amount of that care. They deliver our babies, help us when we are ill and look after our elderly – literally cradle to grave. There is a government shortfall of between £8-16 billion in our NHS – which is why it’s at breaking point in so many places. Yet, who do we blame? David Cameron or some faceless, nameless immigrant?

A major housing programme has just started…30 years too late. It’s not the immigrants who’ve let us down (they pay taxes & help pay our current pension pot & NHS services for our elderly) – it’s successive governments and councils that have let us down. Thatchers right to buy in the 80s was great for my parents generation – but devastating for those who followed. Millions of homes are now in the hands of a few – who rent them out, make large profits and push up the price of the remaining available housing. Remember we need immigration to pay for our NHS, to pay for our pensions and to build things, but we also need our councils to build the houses and build the schools. Even without immigration we’d be struggling right now because a lack of building coupled with the buy-to-let sector. We are angry at the wrong people.

Finally, when we are told we are taking back our democracy – but for who are we taking it back? Our government is run by an elite group of people who went to elite schools & universities (whose annual fee is probably more than the average income).

Using the old school networks they employ each other, look out for each other and protect each other. They have good salaries and own multiple properties; with some earning more in a year – than we could hope to in our lifetime. Our banks are run by the same elite group of people. Our media also. Why after the banking crash that caused so much chaos was no one ever prosecuted nor the laws changed so that if it happens again – someone would be held accountable? Why has George Osbourne failed to properly regulated our financial institutions? Because those that run the banks are old school friends with those who run our government – with many seeking to work in both fields.

Our NHS is struggling, our roads are not maintained we are not building enough schools because a lack of cash? Try telling that to Philip Green who took £400m (that he doesn’t need) out of BHS. Try telling that to those in banking who have seen a return to their bumper million bonuses or the footballers we’ve never heard of, until a court case, who earn £80,000 per week. There is lots of money flowing around – it’s just very few people get to drink from the cup.

Whether we like it or not there is a ‘them’ and ‘us’. When Rebecca Wade & Andy Coulson were first arrested under phone hacking charges at the News of the World – we know they received text messages of support from Tony Blair and David Cameron. Andy was even employed by Cam. They were friends. So, be under no illusion who we are taking our country back for – it is not us – it is them.

However we vote, we will survive. But do not be fooled into thinking leaving the EU will be so much better for us or as some claim a total disaster. Don’t be fooled into thinking it is about taking back our democracy either. It’s about diverting our attention from the real issues with our democracy. I will vote remain and yeah it may be the ‘boring’ choice – but it seems to be the safer and economic choice.