With the lack of black actors causing boycotts at this year’s Oscars; criticism of leading men like Eddie Redmayne ‘cribbing up’ to play disabled characters (The Theory of Everything) and now Joseph Fines in the firing line for playing a bleached up Michael Jackson in a one-off Sky 1 comedy, a new British indie film promises to put diversity in the front row by casting a disabled actress in the lead role to reflect her real condition on screen.

Little Devil is a multiple award-winning British indie film that picked up gongs including ‘Best Lead Actress’ for its disabled star at the 2014 Los Angeles Diversity Film Festival. And now, taking advantage of the growing ‘on-the-go’ viewing habits of audiences, the movie gets its global release exclusively on-line via Distrify this February 2016.

Little Devil is saucy, character-driven feature film about a mischievous, sexually frustrated disabled girl who forms an unorthodox relationship with a troubled, gay male escort. But rather than being a victim of her condition, she uses her disability, Osteogenesis Imperfecta (Brittle Bones), as a cunning advantage in achieving her hidden agenda.

The film stars newcomer, Sam Renke, from Leyland in Lancashire, who has Brittle Bones, and – to our knowledge – will be the first disabled actress to take on a debut lead role in a British independent movie – and win awards! Sam worked closely with the film’s writer, Abraham Papacosta, and its director, Max Barber, to base some of the plot on her real-life experiences of dating and sexual exploration from the perspective of someone with an abnormal condition, but with very normal sexual desires.

She comments: “I’m not a ‘sit at home’ type of girl, I’m very pro-active in raising awareness in what to me, is still a blinkered world at times. The shameful lack of diversity at the Oscars, again, means that all of us in a perceived ‘minority’ must make a noise and demand change. The world’s population is amazingly varied – something not reflected by The Academy and its white, wealthy, ageing heterosexual male members.”

Playing alongside her in the supporting role is black, British actor, DeObia Oparei who is currently making it big in Hollywood. Better known for his action movies: Doom, Thunderbirds & Dredd; more recently he appeared as Areo Hotach in Game of Thrones and he also features in this summer’s blockbuster sequel Independence Day: Resurgence.

Rust & Bone, The Sessions, Marnie’s Story, The Finishers are just a few of the notable movies putting disability in the forefront of cinema in the last few years. Little Devil is leading the way in raising awareness of Brittle Bones in a frank and entertaining way. It portrays the condition as anything but a disability – and it doesn’t need an able-bodied actress pretending to use a wheelchair to do it. Little Devil revolves around the theme of unconventional families and sets out to turn the notion of what constitutes sex and body-diversity on its head. The film is designed to be a poignant, but ultimately, uplifting tale and deliberately sets out to court controversy and debate with its frank scenes and radical casting.

The movie is directed and co-written by London based, first-time feature director, Max Barber, originally from Grays in Essex, who has a string of award-winning short films to his name released through Peccadillo Pictures in the UK and TLA Releasing in the USA. He’s best known for some of the TV shows he’s directed which include Geordie Shore, A Girls Guide to 21st Century Sex & Don’t Tell the Bride, so expect a fair sprinkle of outrageous behaviour and drunken shenanigans! However, Max promises the movie will certainly be a step away from his roots in television and will not skirt around the more weighty issues the film raises, choosing instead to bend convention, lay his characters bare, and apply his bold and colourful film-making style.

He comments: “Understandably big star names attract film finance and audiences, but unless you start giving bigger parts to actors who don’t fit the convention, then you won’t get new and diverse talent into the system. I deliberately cast a disabled, up-and-coming actress, Sam, in the lead role, to get people talking, and gave her a powerful and positive character, rather than the stereotype, freak, villain or victim.”

The trailer and film is available to be seen and for rental or download on Distrify.
https://distrify.com/videos/cx5W3j-little-devil

A remake of the classic 60s/70s comedy Dad’s army hits the big screen in 2016.  It will be the first time since 1977 that the characters have been brought to life and 1971 since they were on the silver screen.

However, and there is a bit BUT coming…

Who exactly is this film aimed at?  For my generation (in their 30s) and above – the characters played by Arthur Lowe, Clive Dunn and John Laurie are etched into our psyche through the endless re-runs – and because their characterisations were just so brilliant.

Having watched the trailer – the humour is definitely aimed at 40s and above – maybe even 60s.  I’m tempted to suggest it’s the kind of humour my gran would appreciate – but as she is now in her 90s, in an old folks home nurturing a Annabell doll like its the real thing – she has actually out grown this kind of comedy.  And so – the danger for this film is that the target audience – simply won’t be able to live with these imposters who are impersonating their beloved Walmington characters – reading out lines which are tired and obvious.

Private Fraser got it right when he cried “DOOMED, we’re ALL Dooooooomed” – because I can’t see this film going any other way.

What are those behind this film hoping to achieve? Was the original not funny enough?   Was there a new storyline that desperately needed to be told? The original series itself comprised of  80 episodes.  A new audience?  Doubt anyone under 50 will find it funny – and those over 50 will struggle to get past the fact that Arthur Lowe and Ian Lavender played their characters so much better.

No, I can’t think of any reason why anyone would want to bring this back – other than as a vanity project to a group of people who hope to make some fast cash off the back of what was one of the best written and acted sit coms of the 20th century.

They won’t be getting my cash.  Whoever signed over the rights – should hold their head in shame.

John Cleese famously said that he would love to do a final “Fawlty Towers” – but feared that to bring it back may tarnish the greatly love series because the idea and execution may not be strong enough.  Obviously, no such worries for Dad’s army who can’t care about its history and preserving its authenticity.  Just want to indulge themselves into thinking that they can still “pull it off”.  Well you can’t. It fitted into a time and a place – which has gone now.  Get over it.

I know you shouldn’t just write something off without seeing it.  Well, I’ve seen the trailer – and if that 2min & 30s is some of the best bits – I can imagine what the rest will be like.

Also, I get annoyed because there are so many great film projects that struggle to get the cash and fail – and then along comes this fat walrus of a production – to eat all the fish. Frankly it annoys me.

But you can decide for yourself.

The synopsis
It is 1944 and World War II is reaching its climax. The Allies are poised to invade France and finally defeat the German army. But in Walmington-on-Sea morale amongst the Home Guard is low. Their new mission then – to patrol the Dover army base – is a great chance to revive spirits and reputation, that is until glamorous journalist Rose Winters arrives to write about their exploits, setting the pulses racing and putting the local women on red alert. MI5 then discover a radio signal sent direct to Berlin from Walmington-on-Sea. There’s a spy on the loose! The outcome of the war is suddenly at stake, and it falls to our unlikely heroes to stand up and be counted. 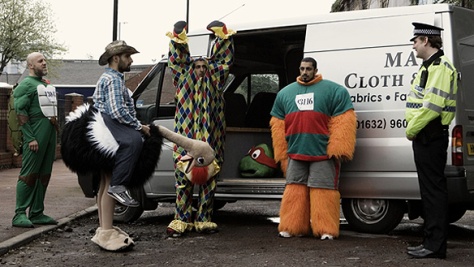 When Chris Morris’s film ‘Four Lions’ was first released in 2010 I remember reading the reviews which included adjectives such as was “fantastic” and “hilarious” – advertising that you see accompanying most films – mutual advertising for both parties.  The hype pointed in one direction – this was a funny film which was worth watching.

I remember going to a muslim friends house and watching the film.  I hadn’t known him all that long – but I liked the fact that although he was muslim – his religion hadn’t all-encompassed him and was, a part of who he was – an important part none the less, bit he didn’t let his religion manipulate him and he hadn’t allowed it to overtake or limit his personality. There was religion.  There was life.  Each had its place.

So I put on the film in eager anticipation that we would both, especially my friend, share in the fun and hilarity of the film – as described in so many of the advertising adjectives.   My friend didn’t find it funny.  I was disappointed.  In fact, I felt a little embarrassed because I then thought – maybe he thinks he that I’d presumed he’d find it funny as it was poking fun at a misfit bunch of muslims who turn out to be just as hopeless at terrorism as they were with managing their daily life routine. 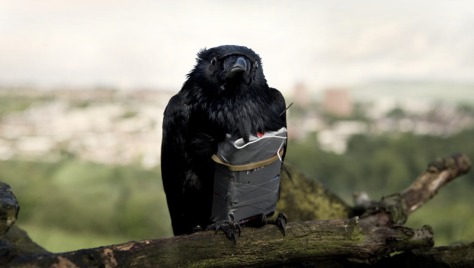 We both watched the film in kind of silence.  That’s what I remember.  And kinda agreed that it was ok – after it had finished.  Although I think we were both disappointed.

Then 5 years later – in fact, just the other day – I decided to watch the film again.  This time I had set no expectations.   This time I hadn’t set myself up for a laugh-a-minute bomb-com film that would have me crying with laughter.  I just watched it. I watched it detached from the previous me. And, found that I actually quite like this film.

We have seen so many horror films lately that have been created by terrorists and circulated by our media – on their behalf – that this film seems tame and undramatic.  I felt myself warming to the characters in a way I hadn’t before.  I found the inner conflict in liking these guys individually – whilst wanting them to see – what I was seeing – the futility of their cause and how they could direct their passion for the cause in more constructive and less destructive ways.  I saw the characters in a whole new light.  This time – I found it smart – engaging and I enjoyed the dark humour.

Four Lions is definitely worth a watch if you haven’t seen it – or another go if like me you were disappointed all those years ago.

To get you started – here is an interview with one of the writers Chris Morris – who looks a little bit like the late Colonel Gaddafi! But maybe it is just me.

And here is the film Four Lions:

A whip-smart, slapstick comedy, Chris Morris’ FOUR LIONS takes aim at Jihadi suicide bombers and illuminates the war on terror through satire and farce. Follow five inept aspiring terrorists on their quest to strike a blow, and how they demonstrate that terrorism may be about ideology, but it can also be about idiots.

Monday Matters reporter Bonnie Britain went along to the Electric cinema for their Edible Cinema event – a unique way to experience a film: through aroma, texture and taste. Each guest is supplied with a tray of numbered mystery boxes containing a bite-sized tasting menu tailored to specific moments in the film.

Bonnie talks to the creators behind the idea – Ana Matronic of the Scissor Sisters & the British singer, musician and DJ Bishi. 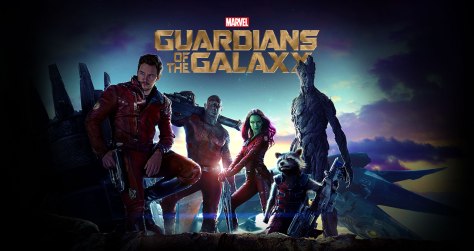 On Jason McCrossan’s Friday DriveTime show on 106.9 SFM, Chris Olsen from http://www.ukfilmreview.co.uk provides us with the top picks of the week in films and DvD releases.